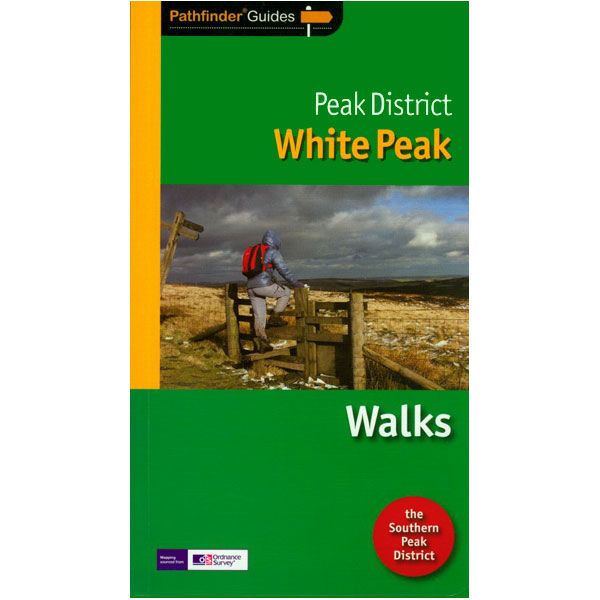 Skip to the beginning of the images gallery

The Pathfinder Guides book on the Peak District - White Peak is the perfect guide to this wonderful corner of Britain. Much of this part of the Peak is actively farmed and, away from the moors, as there are fewer swathes of open access land, it is important to follow recognised paths.

Several walks explore the higher ground of the region, which, like all hill areas, is susceptible to changeable weather and demands adequate equipment and experience. Even in the sheltered dales, walking can be demanding and, although climbs and descents may be relatively short, they are often abrupt.

In the most popular gorges, good paths have been laid, but elsewhere the terrain is often rocky and, in wet conditions, limestone, polished by the passage of innumerable feet, and steep grass slopes can become very slippery.

In an area where there is so much worthy of exploration, the difficulty is not in what to include, but rather what to leave out. This collection has been chosen to explore the many different aspects of the countryside and sometimes include, or lie close to, another attraction.

Amongst the notable things to see are Chatsworth House and Haddon Hall as well as many museums such as the lead museum at Matlock Bath and that relating the harrowing story of 17th-century plague in Eyam.

And we'll update you with the latest newness from brands, along with exclusive deals & offers.

You can return any item by post for a refund within 60 days of receiving your original order. Read our for full details.

Stores - unable to accept web returns
We are unable to accept returns for online purchases in store at this time. We can, however, accept exchanges in store. Please follow the instructions on the returns note, included in your parcel. Read our for full details.